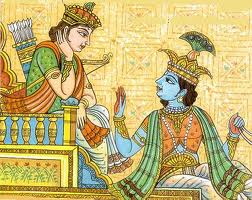 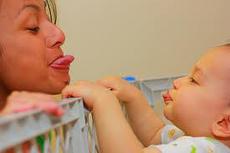 We are good at starting but at the end we hardly continue it. Before 2500 years Buddha has told about some psychological truth. Even today Buddha is most favorite among expert psychologist.
Intellectual people feels themselves something very special if they find any progress and starts thinking in spiritual way or behave like great philosopher. They forget about their original personality for the sake of self -realization.
We never pay more attention on the subject of evolution .We hardly believes in evolution so we don’t have biologist like Darwin.
We believe in reincarnation, heaven, hell, salvation and this belief does not allow us to think on evolution. We never believe in our journey begins with a single cell to the most complex and advance life form human beings.
Psychology of evolution means the knowledge what we carry in our gens from the first cycle of birth to this human life.


Evolutionary psychology is not only psychology. There is more detail of
Human Nature ,Social sciences ,Psychology,physiology,evolutionary physiology, computational theory of mind, cognitive psychology, evolutionary biology, behavioral ecology, artificial intelligence, genetics, ethology,anthropology, archaeology, biology,zoology,sociobiology in it
Evolutionary psychology starts from the basic theory of Darwin so let’s see what Darwin has written in his book.
In the distant future I see open fields for far more important researches. Psychology will be based on a new foundation, that of the necessary acquirement of each mental power and capacity by gradation.
—Charles Darwin, The Origin of Species, 1859, p. 449.
In the middle of 20th century one of the scientists name W.D. Hamilton
has done some research work and has published the book on Inclusive Fitness.  Robert Trivers was another scientist who gave two theories which made the other scientist to think on psychology of evolution.
Human being transfer their knowledge and experience to upcoming generation by their gens.
Hamilton has explained in his theory how we have developed the tendency of doing well to others (benevolence) and self sacrifice.
We get the tendency of benevolence and self sacrifice from our ancestors.
There are some tribes who have more inheritors and some does not.
There are some different techniques of survival. Either to have less but more powerful inheritors or to have more and more inheritors for survival. This includes Natural selection, sexual selection, and adoption too. We have got knowledge by the gens of our ancestors and that’s how we know the technique of survival.We pass on our experience to our upcoming generation as evolutaniory psychology is a vast field.

We are also animals so it is very important to know all about the behavior of animals for us. We have got Limbic system from animals. Limbic system leaves neuron chemicals. Limbic system has its own language.
Even animals can experience the feelings of happiness, sorrow- grief, and pain. Evolution is the cycles of thousand corer years.we have got the genes from all those years. The study on it shows how it effects on the behavior of human being
.
I don’t believe in reincarnation .But I have passed my genes in my three sons so I believe that it can be my re-birth. After this long journey now it has been transferred to my human life. This producer will continue till long .They will try to adjust with different situation to survive. With different experience they will improve so as per my knowledge evolutaniory psychology is the science of every birth.
Posted by Unknown at 8:09 AM No comments: Links to this post

Life as a Truth of Chemistry -1

Philosophy of chemistry ( Hard Truths About Human Nature)
Life as a Truth of Chemistry .
I use mammal word. Every mammal has brain. The deep study of brain is the subject of neurologist but we can have basic knowledge of it.
·       Limbic system - Every mammal has unique limbic system.
·       Medulla and Cerebellum – every mammal gets  it from reptile inheritance.
·       Small Cortex – Every mammal has it in different size.
Only human beings have Pr-Frontal Cortex which is not found in mammal brain. Our cortex can cleverly analysis different matters which small brain cannot.  Human beings have unique ability to create data without the help of our nerve system.
Language has no special form .We can say that it is an abstract art. Limbic system does not pass any information to cortex as limbic system does not have its own language.
It gives reaction and cortex try to understand this reaction with the help of neuron chemical but we can hardly come to  know much about all these process .Our cortex learns all these by observation. We think too much on happiness and sadness as we don’t know about neuron chemistry.
When we don’t understand philosophy of life we try to be neutral as it is written in “Geeta” a great book.
But if you will try to focus on the reaction of neuron chemical you might learn something about the certain pattern .Of course it is not easy to know about limbic system for cortex. It becomes little easy to learn with the help of the study on animal’s behavior as animals follow their neuron chemical without thinking much .we learn more about our limbic system by the study of animals behavior pattern.
In the beginning mammals got evolutionary reptile brain and then it might have developed. Reptile is shelter less creature .It does not have the brain which can take a social decision. From the beginning mammal stays in group as it is safer and that’s how they become prosperous .The survival rate is higher when they stay together and chances are more of increasing population but for that they have to tolerate each other. Gradually mammal brain structure developed when they became social. With addition of Hypothalamus, Hippocampus, Amygdale and some other parts makes limbic system. A particular social behavior forms due to the release of this neuron chemical structure. Except mammal no other insects have the limbic system on their reptile brain.
Limbic system makes mammals capable for the positive reaction to another mammal. No reptiles have warm feelings for the other reptile. Their nerves system just has a better sense of self defense .They had just warm feelings for their siblings.
Mammals do not have same feelings for every mammal but yes they can take a good social decision or judgment. Limbic system and reptile brain can guide mammals as they think just the same. They guide mammals how to react against positive and negative chemical emission. This efficient design is working since millions of the years.
Every mammal has cortex but some of them have very little cortex. The animal with very little cortex will depend on natural neuron chemical response from its childhood. The animals with big cortex will try to adjust according past experience which might give them problem.
We have got three time more big cortex then original apes. Apes have three times more big cortex the monkey and monkey has bigger than dogs. Dogs and monkeys do not have language even though they have their own social arrangement as they depend on their neuron chemicals.
Cortex can give different reaction against neuron chemical’s sudden shock .Every animal reacts very normally but we have got very
Thoughtful –considerable mind so we can find out some or the other different option .Animals have very small cortex but they learn how to react with their past experience. Mankind has solution for more deep and complicated problems as we have got big cortex with more ability to find out new option so we hardly care about the limbic system function.
We have two kinds of mammalian neuron chemicals like Neurotransmitters and Hormones. Neurotransmitter which stays in brain and Hormones in blood gives us feeling of happiness and status.
Mankind has own philosophy for their behavior so we never take a notice for neuron chemicals and limbic system.  As per our philosophical mind don’t accept that we care for reputation, prestige or social status. We talk a lot about knowledge, worship and detachment .
Posted by Unknown at 7:53 AM No comments: Links to this post